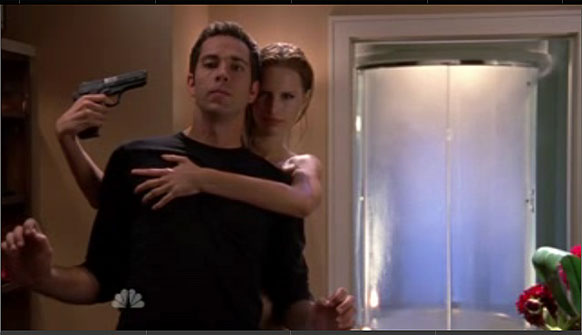 Chuck is BACK (well it was last week) and so its the amazing soundtrack of songs being selected every week. The Buy More got rebuilt, now as a super secret base full of undercover Agents, Eli is preggers and Chuck and Sarah are happily working things out with their relationship. Everything so far in the last two episodes have been very calm and collected, especially the end of Chuck Season 4 Episode 2 Versus the Suitcase with the carefully crafted song “A Girl, a Boy and a Graveyard” serenading at the end as Sarah finally unpacks.

Jeremy Messersmith – A Girl, a Boy, and a Graveyard

The upbeat dance song playing in Episode 2 of Chuck as Sarah & Chuck go undercover at a fashion show in order to retrieve Sofia’s dress; repeats as Sarah & Sofia fight is “I Like That” from Richard Vission & Static Revenger. Instead of playing the original, I have added a more badass remix below:

Thanks to Morgan, the Buy More staff gets re-restructured as Alice Cooper “Feed My Frankestein” plays in the background as they march down the isle before the eventually all stumble upon each other.